Research Workshop (A2) – Mapping Spaces. From Cartographic Configurations to Geographies of Resistance 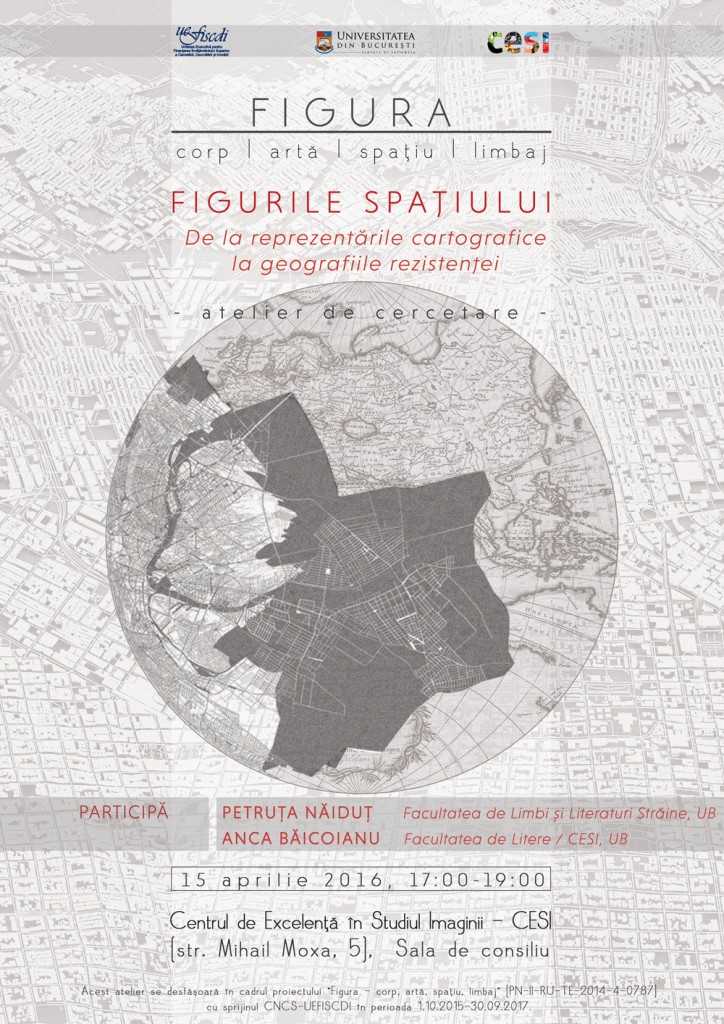 From Cartographic Configurations to Geographies of Resistance

Friday, April 15, 2016, 17.00-19.00, the Center of Excellence in Image Studies (CESI), University of Bucharest, will host the research workshop “Mapping Spaces: From Cartographic Configurations to Geographies of Resistance”. The event will take place in the Conference Room of CESI, 5 Mihail Moxa Street, as part of the research project “Figura – Body, Art, Space, Language” funded by UEFISCDI through the “Young Research Teams” program (PN-II-RU-TE-2014-4-0787), currently underway at CESI.

By means of this workshop, the research team, together with the guest lecturer Petruţa Năiduţ in dialogue with project team member Anca Băicoianu, will tackle the connection between figure and space. Starting from the sacred geography of medieval mappaemundi and moving on to the increasingly secular worldview of Renaissance cartography and beyond, this workshop wishes to trace various codes of figuration employed in mapmaking. From the representation of space to the insertion of vignettes and insets, the graphic modalities of medieval and early modern maps reveal a worldview that negotiates meaning between space and social being. The conjunction of the centrality and marginality of figures on the map sets up stories that bear on travel, science and politics and proposes a reading of maps as a complex system of figuration. Building upon such insights, the second part of the workshop will explore some of the recent uses of cartography as a critical and creative tool for contemporary scholars, artists, and curators in the context of today’s “geographies of globalization” (Murray 2005).

Petruţa Năiduţ is an assistant lecturer at the English Department of the Faculty of Foreign Languages and Literatures, University of Bucharest, where she teaches translation, early modern and eighteenth-century literature and culture. Her research interests are the history of cartography, cultural and social history, early modern literature and the cartographic imagination.

Anca Băicoianu holds a PhD in Literary Theory from the University of Bucharest, where she is currently employed as a Research Fellow within the project “Figura – Body, Art, Space, Language” (CESI, University of Bucharest). Her published works focus mainly on the processes of identity construction, as well as on the relationships between history, memory and fiction in contemporary literature and the visual arts.

“Mapping Spaces: From Cartographic Configurations to Geographies of Resistance” is the second in a series of four research workshops within the project “Figura – Body, Art, Space, Language”. Their common goal is twofold: to identify new regimes of the figure through the analysis of contemporary visual objects, and to stress the interdisciplinary potential of the concept of figure in relation to the body, art, space, and language. 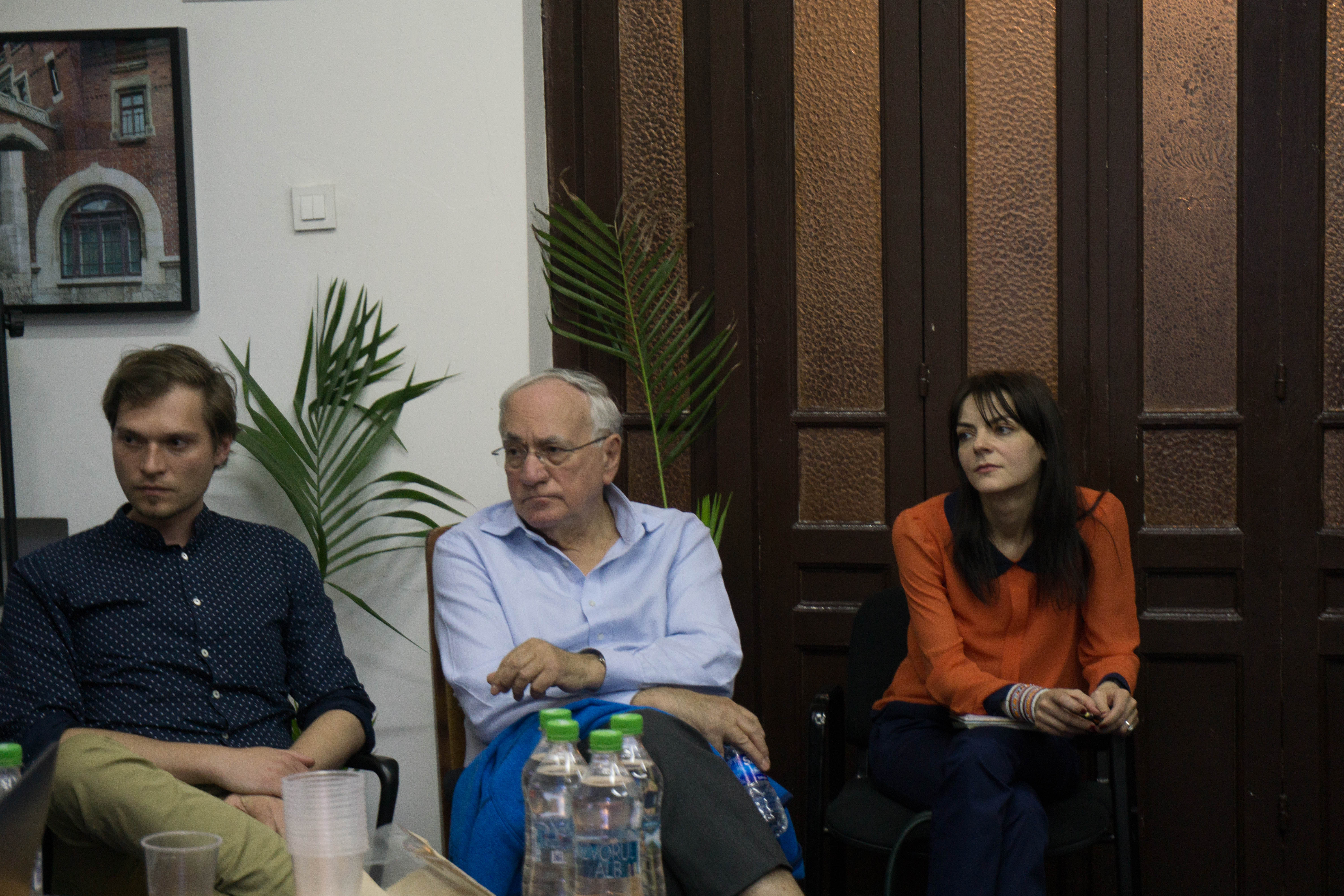 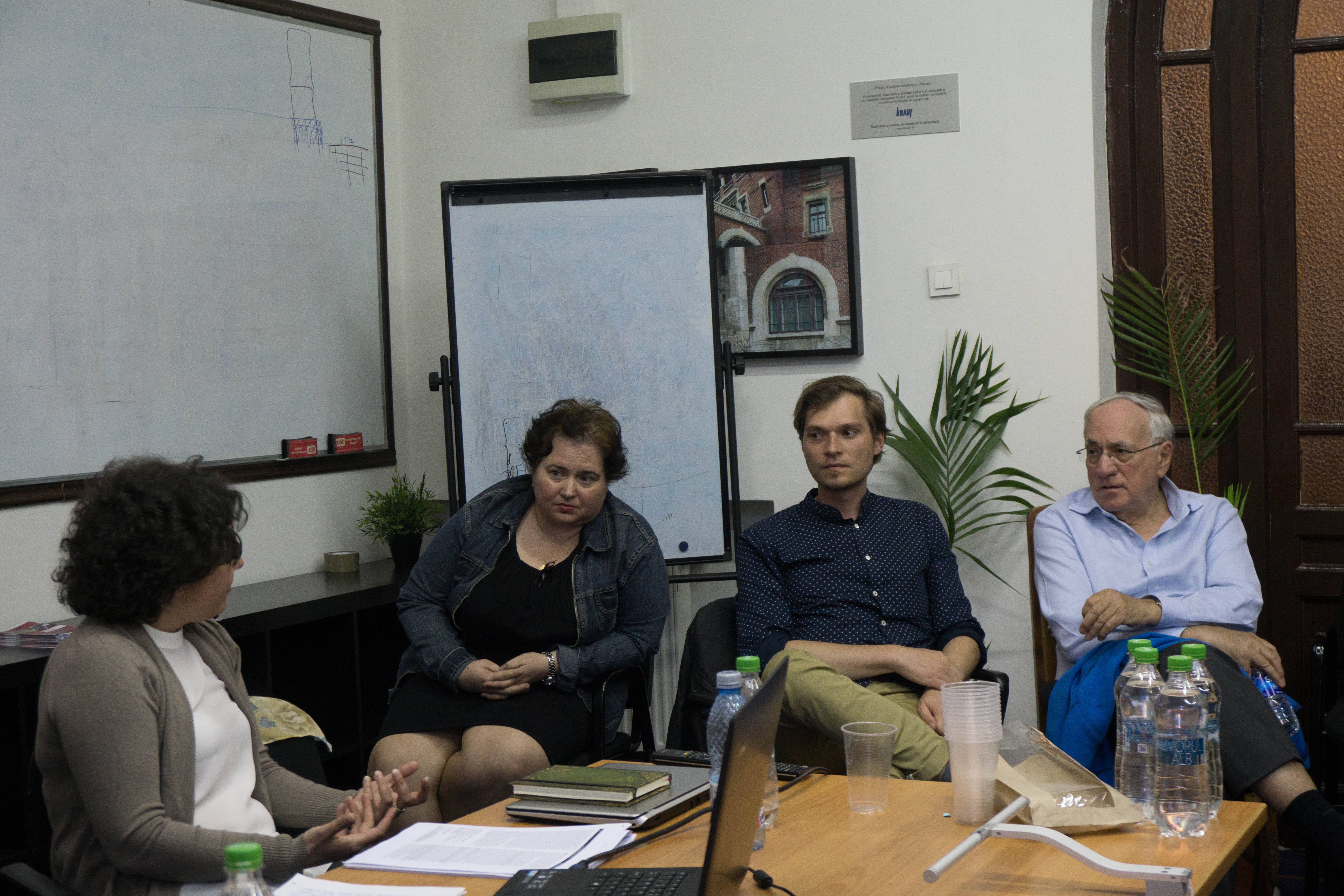 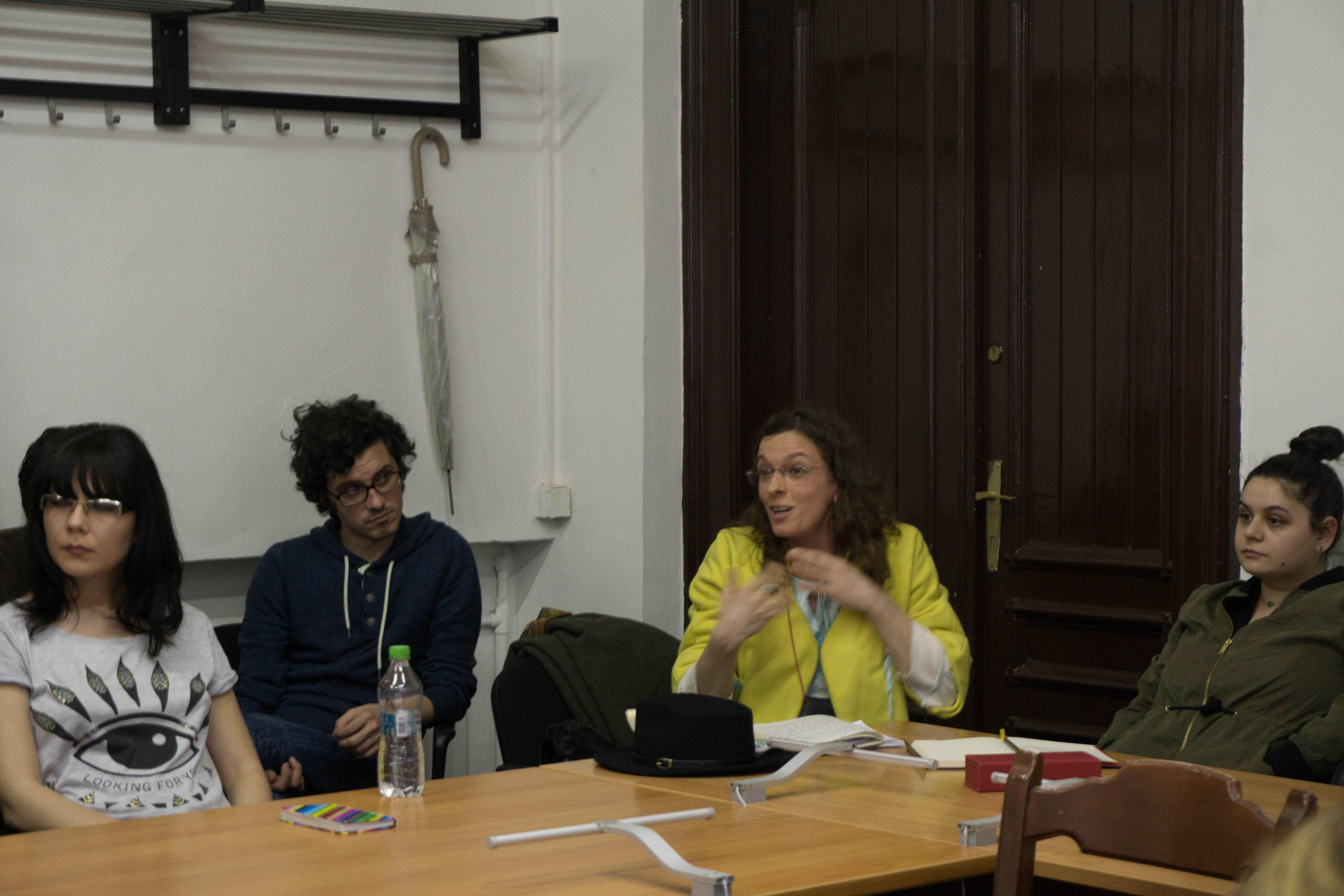 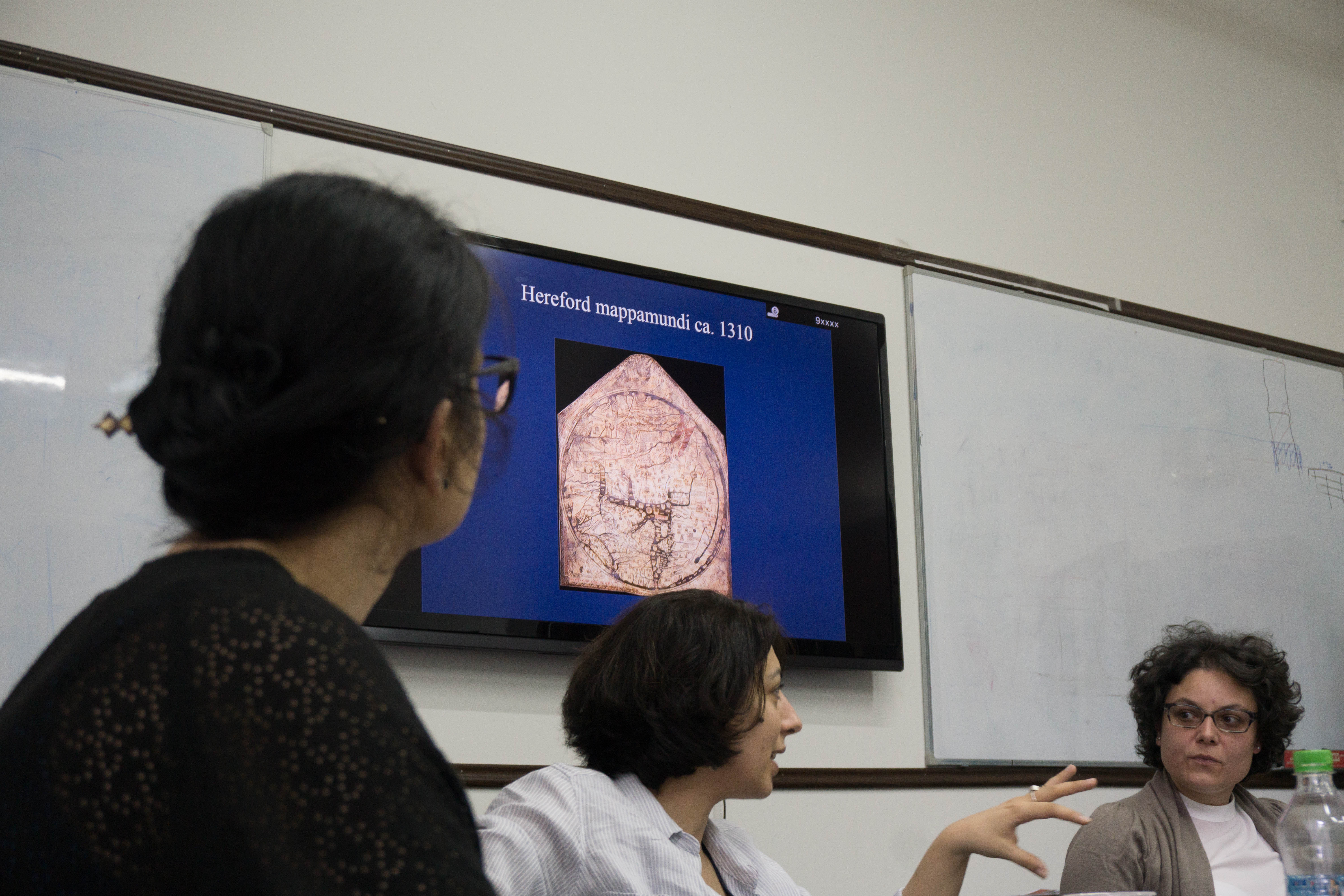 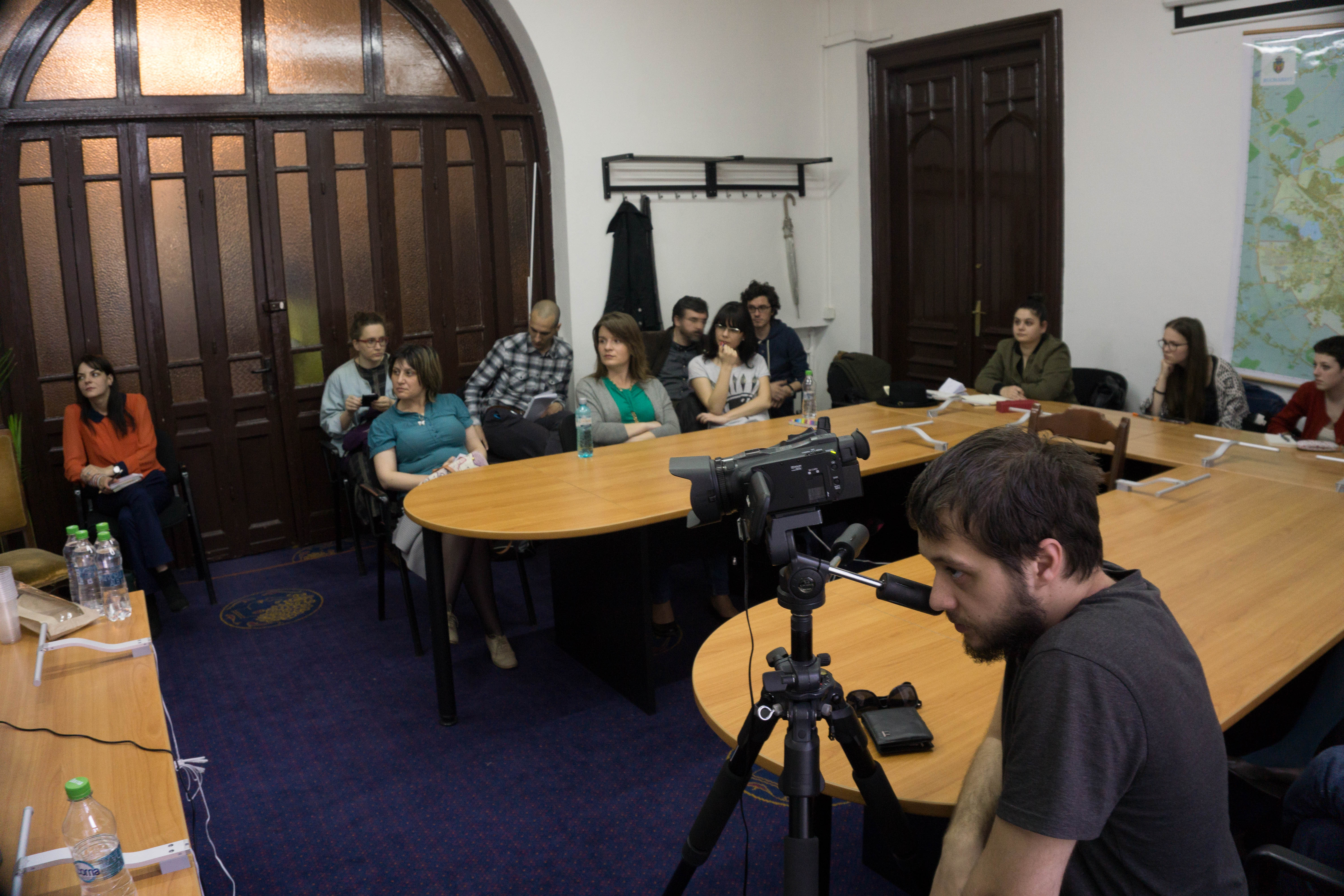 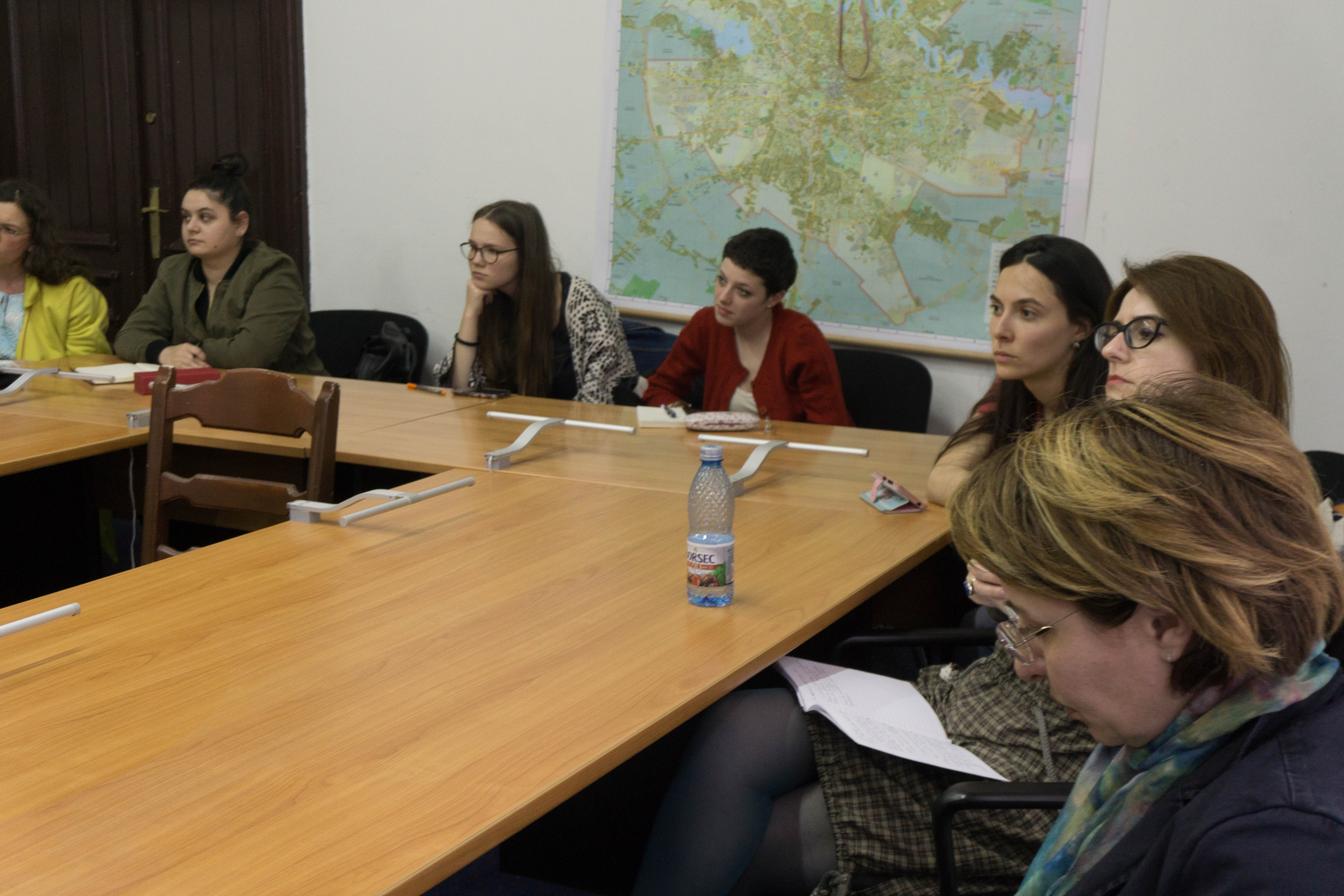 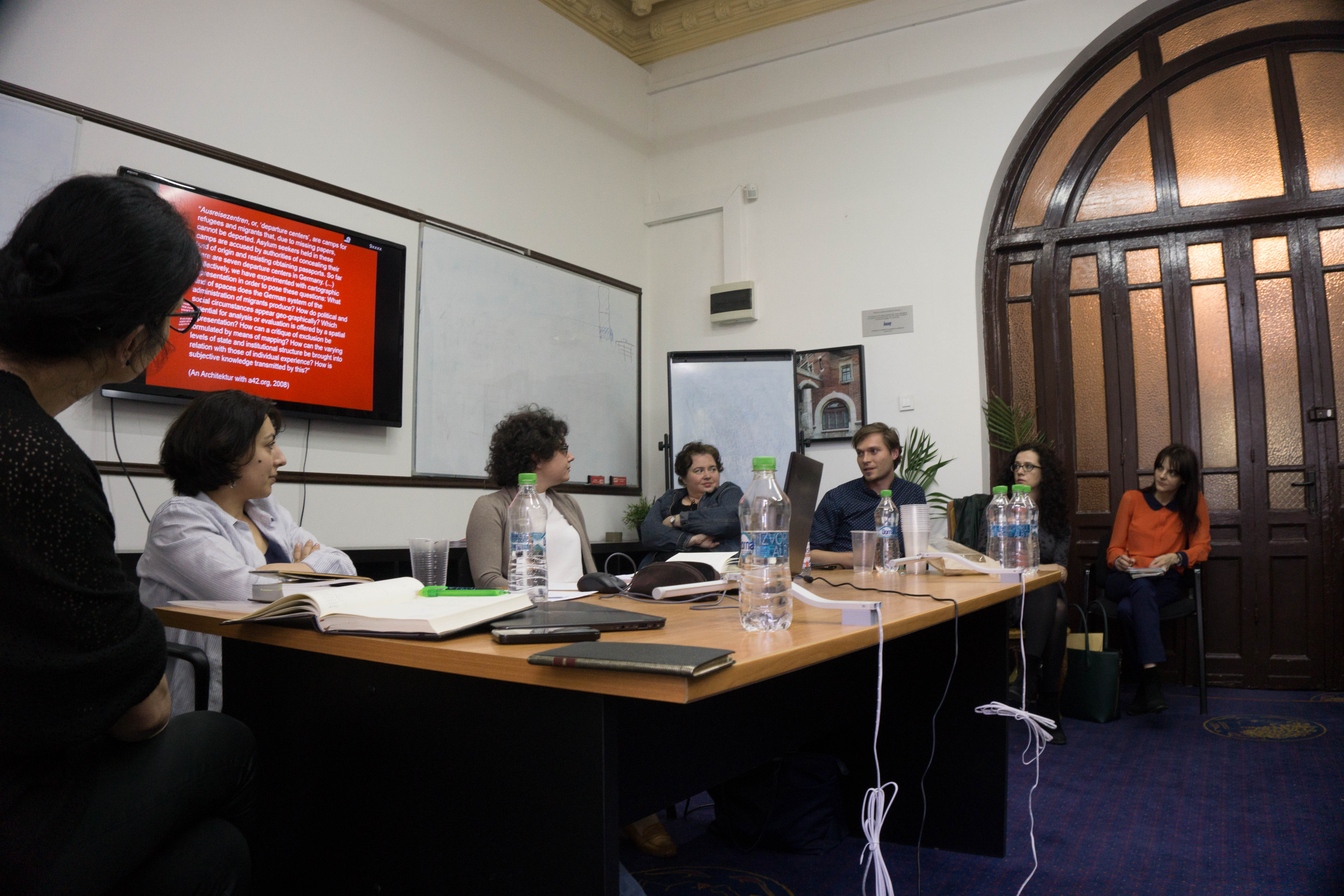 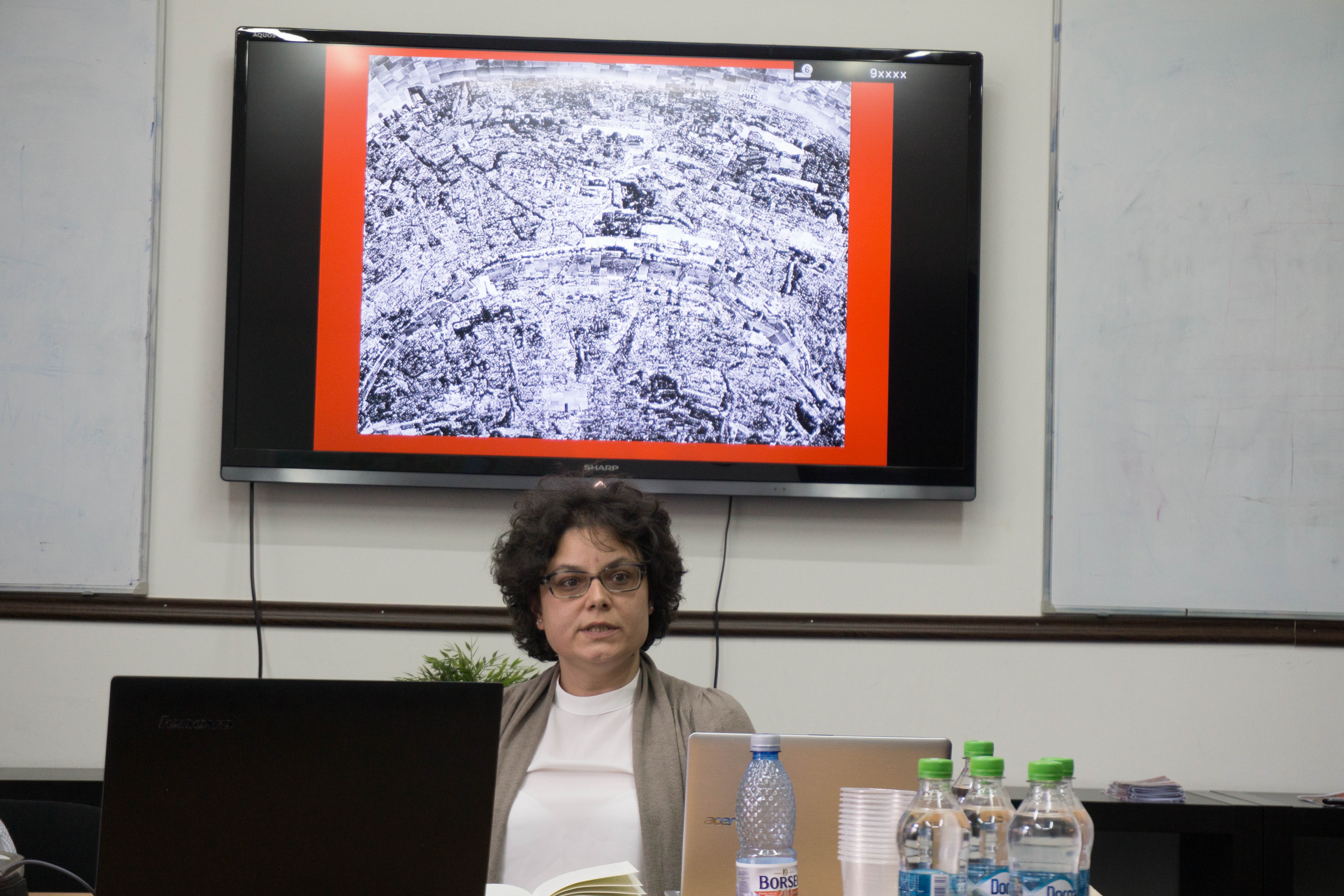 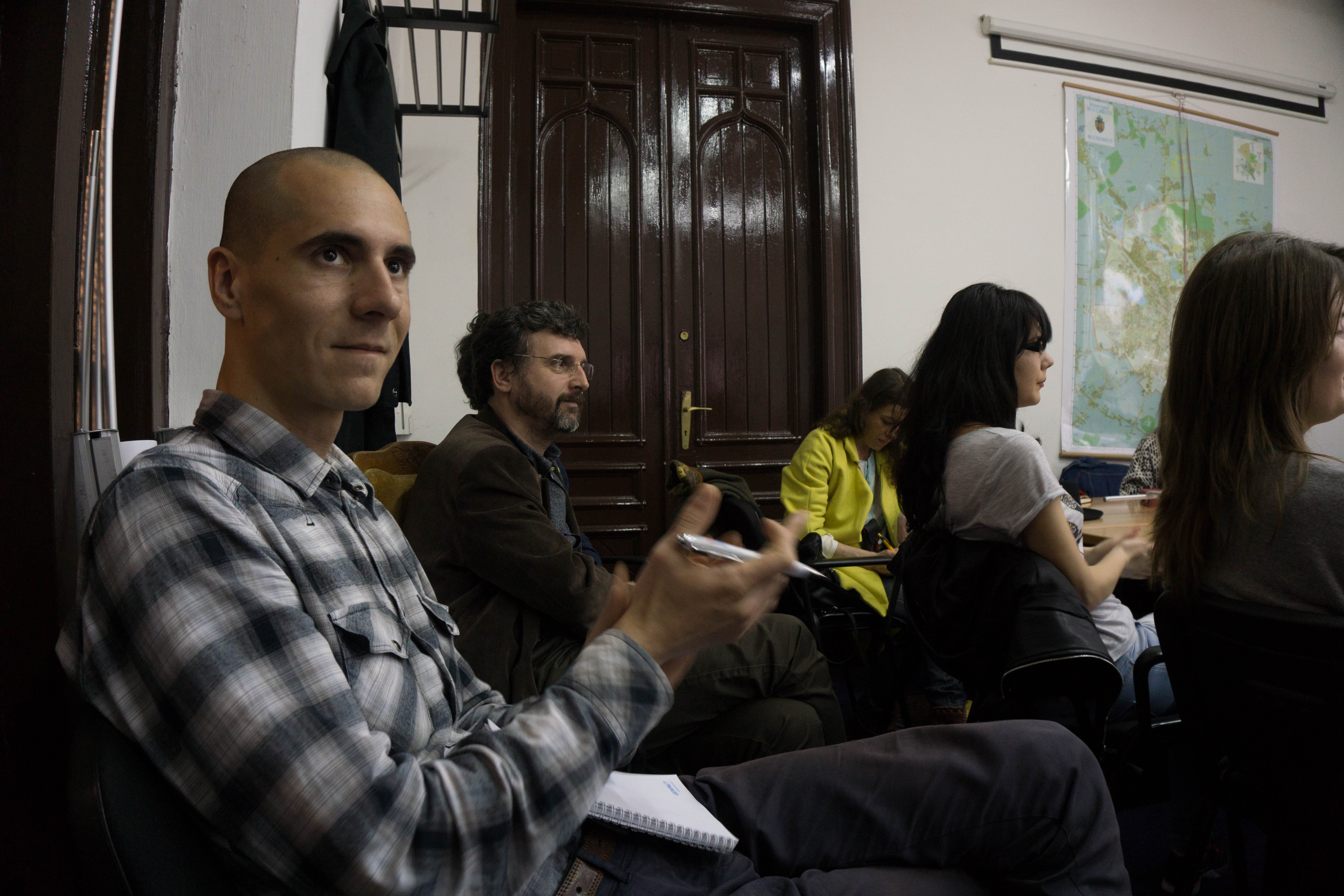 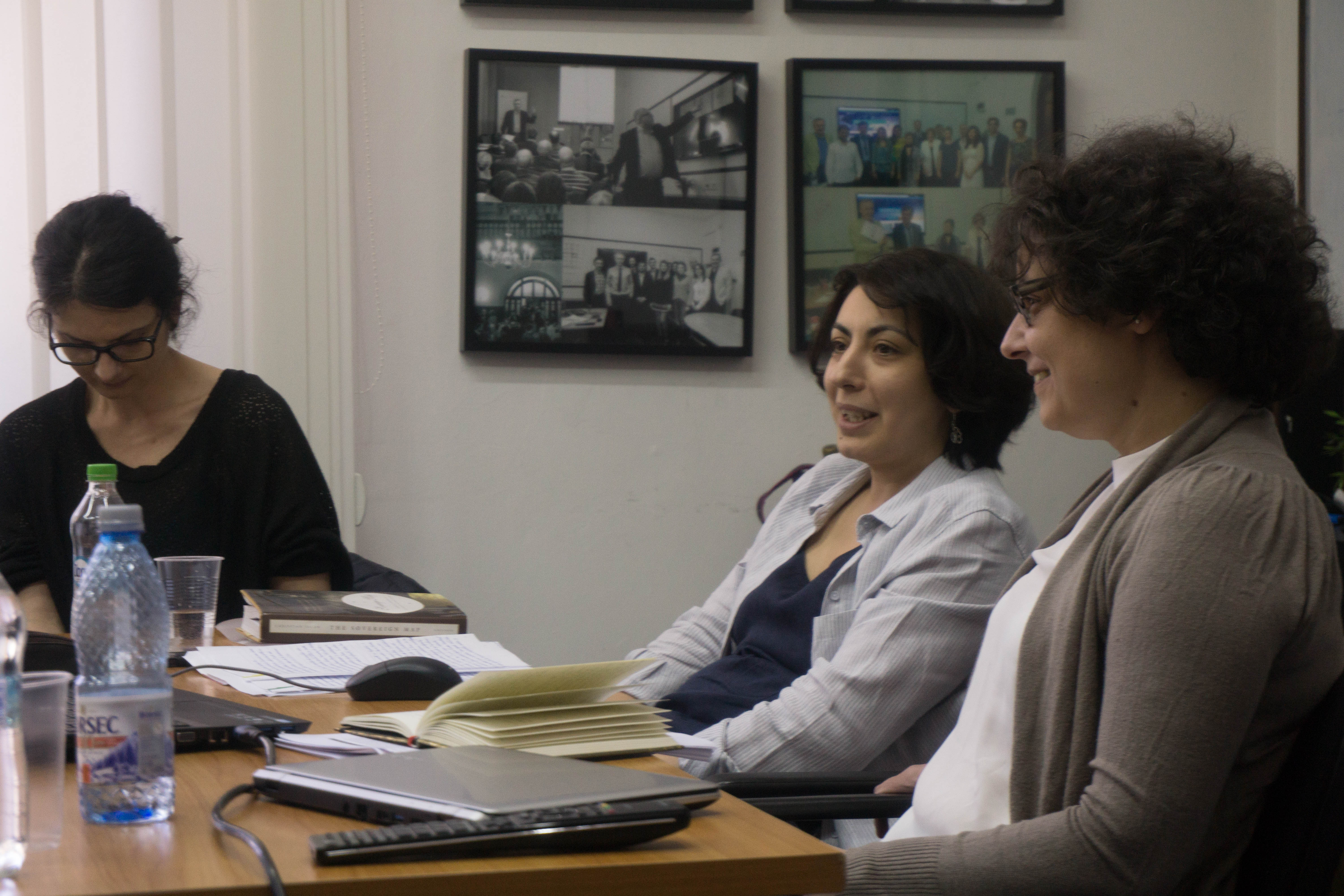 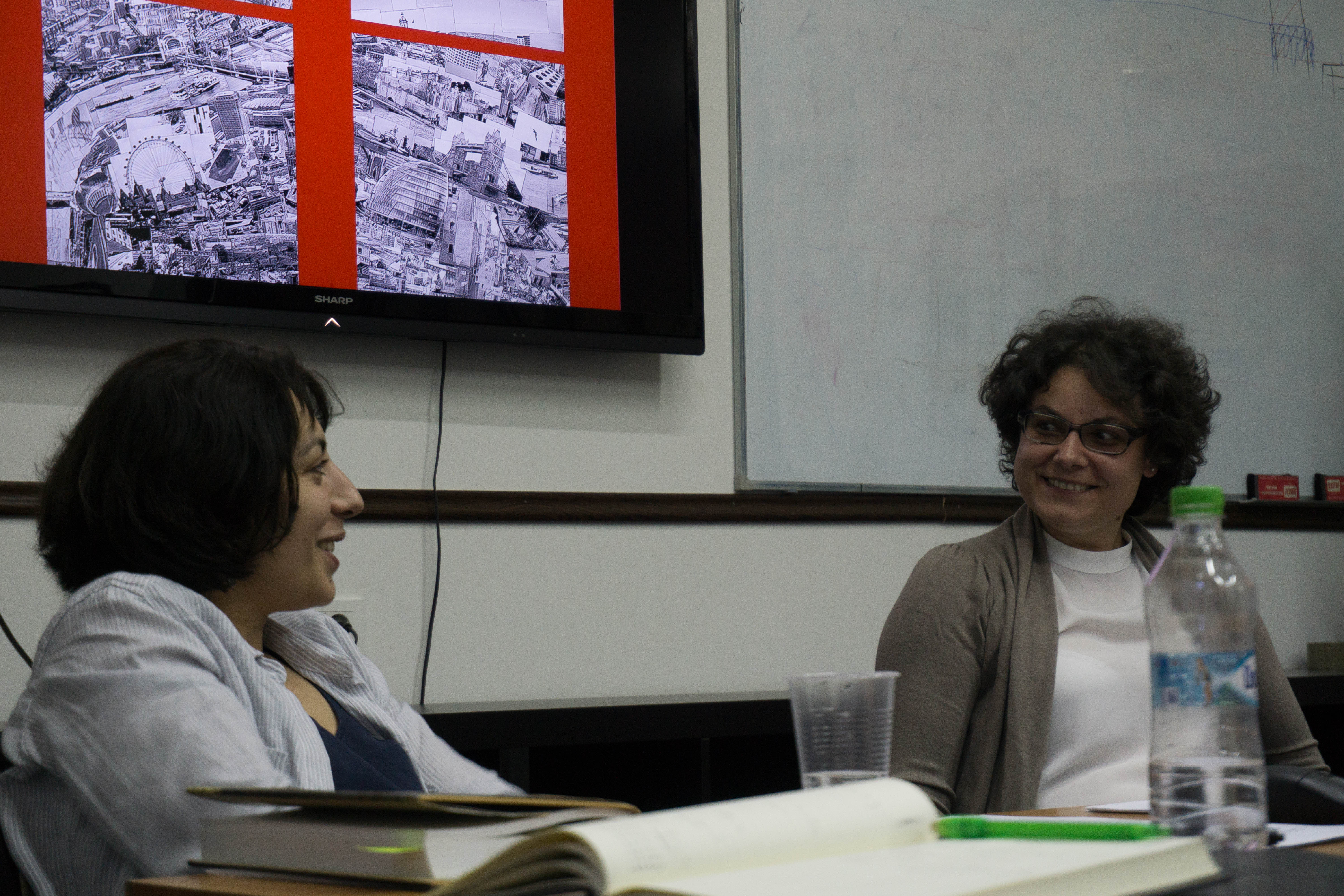