Research Workshop (A3) – Painting the Figure. Figurative and Figural Regimes of Representation 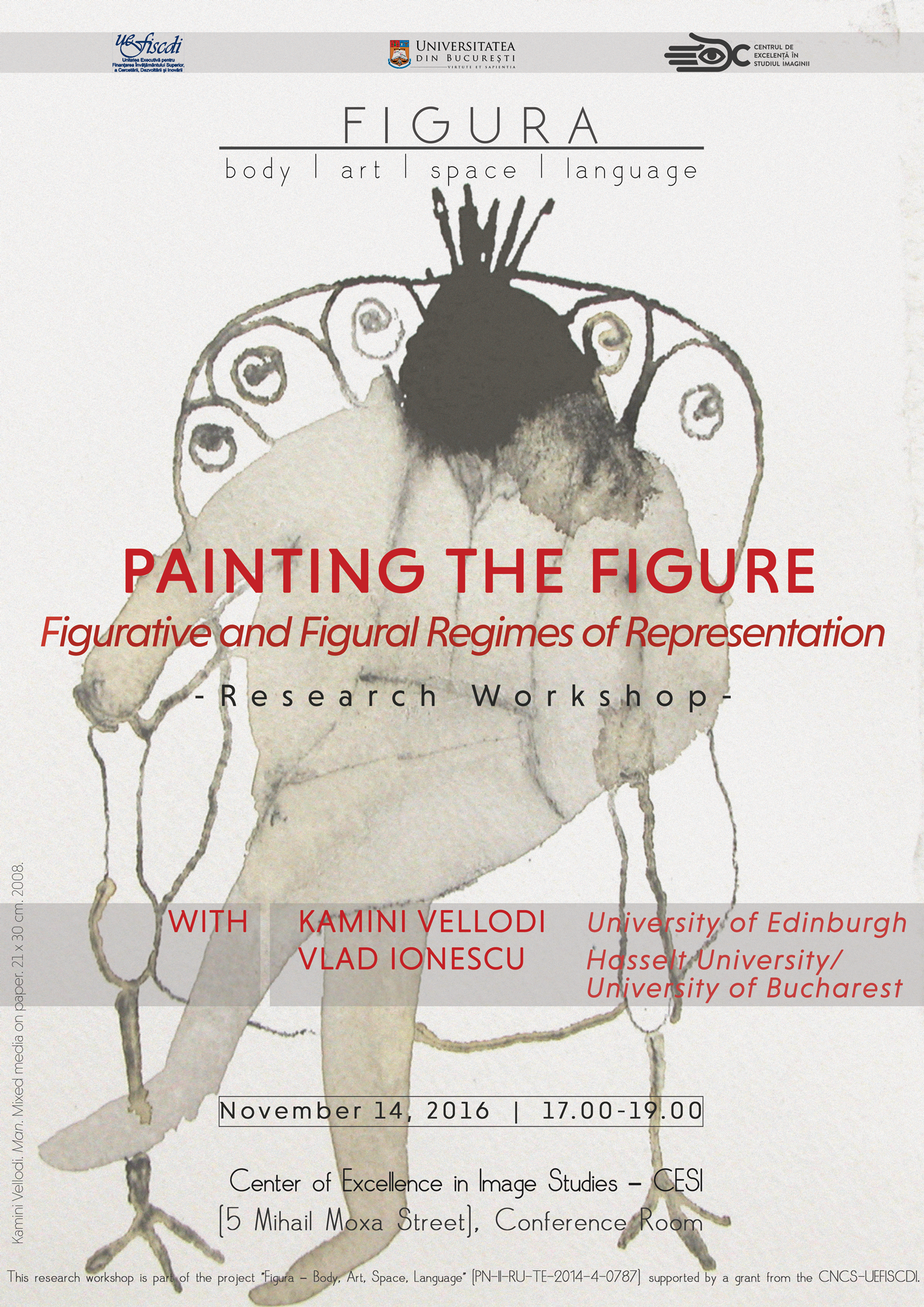 FIGURATIVE AND FIGURAL REGIMES OF REPRESENTATION

On Monday, November 14, 2016, 17.00-19.00, the Center of Excellence in Image Studies (CESI), University of Bucharest, will host the research workshop “Painting the Figure. Figurative and Figural Regimes of Representation”. The event will take place in the Conference Room of CESI, 5 Mihail Moxa Street, as part of the research project “Figura – Body, Art, Space, Language” funded by UEFISCDI through the “Young Research Teams” program (PN-II-RU-TE-2014-4-0787), currently underway at CESI.

By means of this workshop, the research team, together with the guest lecturer Kamini Vellodi in dialogue with project team member Vlad Ionescu, will explore Jean-Francois Lyotard’s conception of the Figure, and its reworking by Gilles Deleuze, through the lens of late 15th century/early 16th century Ferrarese painting.

In the opening pages of Discours Figure (1971), Lyotard presents the Figure as a thickness in discourse, a plastic, spatial, artistic and libidinal event that in its alterity, and in the silence it poses, escapes discourse’s signifying bounds. Deleuze is indebted to this anti-phenomenological and anti-structuralist conception of the figure, applauding Discourse, Figure as “the first generalized critique of the signifier”, whose work performs a critique of the phenomenological matrix of intelligibility that Deleuze, like Lyotard, argues retrieves alterity within the Same. This debt is expressed most clearly in Francis Bacon. Logic of Sensation (1981) where Francis Bacon’s Figures are newly conceived as the diagrammatic constructs of sensation that destroy the outlying regime of a discursive figuration.

Deleuze departs, however, from the Freudian apparatus that informs Lyotard’s conception of the Figure. With Guattari, he claims that the critical tenor of Lyotard’s project is limited by the concomitant reintroduction of the psychoanalytical transcendents of Lack and fantasy into desire that maintain the latter under the law of castration. Instead, Deleuze and Guattari propose a pure flow of “machine energy” that “has nothing to do with [the transcendent] ideal of phantasy” but which is rather a “matrix of intensity”, “the field of immanence of desire”, where desire is “a process of production without reference to any exterior agency” of lack or pleasure, a force that “carries us to the gates of schizophrenia as a process”.

In this workshop, Kamini Vellodi will address this Deleuzian reframing of the figure, the conception of desire it implicates, and the idea of art it projects through precise attention to selected works from the late 15th century/early 16th century Ferrarese school of painting. In the works of Cosme Tura, Ercole de Roberti and Dosso Dossi, we encounter what Lyotard called the “gesticulatory expanse” of the Figure, a constructive motility that bears witness to a differing outside the significations bound by textual determination, a painterly madness that casts new light on the long acknowledged view of the “bizarre” and “eccentric” nature of this curious school whilst obviating the art historical conventions of an iconographic approach. In response, Vlad Ionescu will trace the genealogy of the figural and test its applicability in the field of conceptual arts, an area that has not yet been thoroughly researched. Gilles Deleuze, in Francis Bacon. Logic of Sensation (1981) reintroduces the notion of the figural in the context of the analysis of painting. However, while in Lyotard the notion was analyzed according to its broader epistemological scope, Deleuze develops its potential in the field of painting. In this sense, for both Lyotard and Deleuze the figural denotes the process in which forces determine representation. In the transference of a three-dimensional object, with its density and presence, onto a two-dimensional surface the object is adjusted to a system of rules that define any discursive formation. The perspective in painting and the syntax in languages are such discursive formations because they subordinate the objects that they represent to this inherent system. The figural functions as a critical notion in the sense that it traces the dogmatic limits of representation. On the one hand, any system of rules is an exercise of power because it represents by delimiting what can be represented and what is to be left outside the field of representation. On the other hand, the figural denotes the unconscious and forces that – in the dream-work and in the artwork – transgresses the preexisting system of rules. However, for Lyotard, the relation between figure and discourse is negative and dialectic, meaning that analysis can show how discourses generate figural effects and how figures are emulated into discourses. Lytoard discusses this dialectics with concrete examples: on a manifest level, the dream-work and the rebus are instances that are narrated and are subordinated to discursive rules. However, on a latent level, their analysis detects the visual and libidinal forces on which this subordination takes place.

Dr. Kamini Vellodi is Lecturer in Contemporary Art Theory and Practice at the Edinburgh College of Art, University of Edinburgh, and Honorary Fellow at the University of Exeter. She works on the methodological and conceptual intersections between contemporary continental philosophy and art history, currently with a focus on the work of Gilles Deleuze. She has published in journals including Art History, Parrhessia and Zeitschrift für Kunstgeschichte, and is currently completing her book Tintoretto’s Difference – a study of the 16th century painter through the lens of Deleuze’s philosophy of the diagram – for Bloomsbury Press. She is also currently working on a critique of the concept of anachronism in art history. Kamini is also a practising artist, and has exhibited widely, including in the Sammlung Essl (Vienna), Bloomberg Space (London), and Asia House (London). Her work is held in several public and private collections in Europe, India, and London.

Dr. Vlad Ionescu is post-doctoral researcher at the Faculty of Architecture and Arts, University of Hasselt, and a member of the project “Figura – Body, Art, Space, Language” (CESI, University of Bucharest). He read philosophy at the Catholic University of Leuven (BA, MA, PhD), and worked as a Lecturer at the Faculty of Philosophy, University of Leiden, Faculty of Architecture (KU Leuven) and at the Performance Arts Research and Training Studio (P.A.R.T.S., Brussels). He has co-translated and co-edited the series Jean-François Lyotard. Writings on Contemporary Arts and Artists/Ecrits sur l’art contemporain et les artistes (Leuven UP). He wrote extensively about the figural in Lyotard and Deleuze. Currently he works on the notion of adaptive re-use and the atlas as a model of design.

“Painting the Figure. Figurative and Figural Regimes of Representation” is the third in a series of four research workshops within the project “Figura – Body, Art, Space, Language”. Their common goal is twofold: to identify new regimes of the figure through the analysis of contemporary visual objects, and to stress the interdisciplinary potential of the concept of figure in relation to the body, art, space, and language. 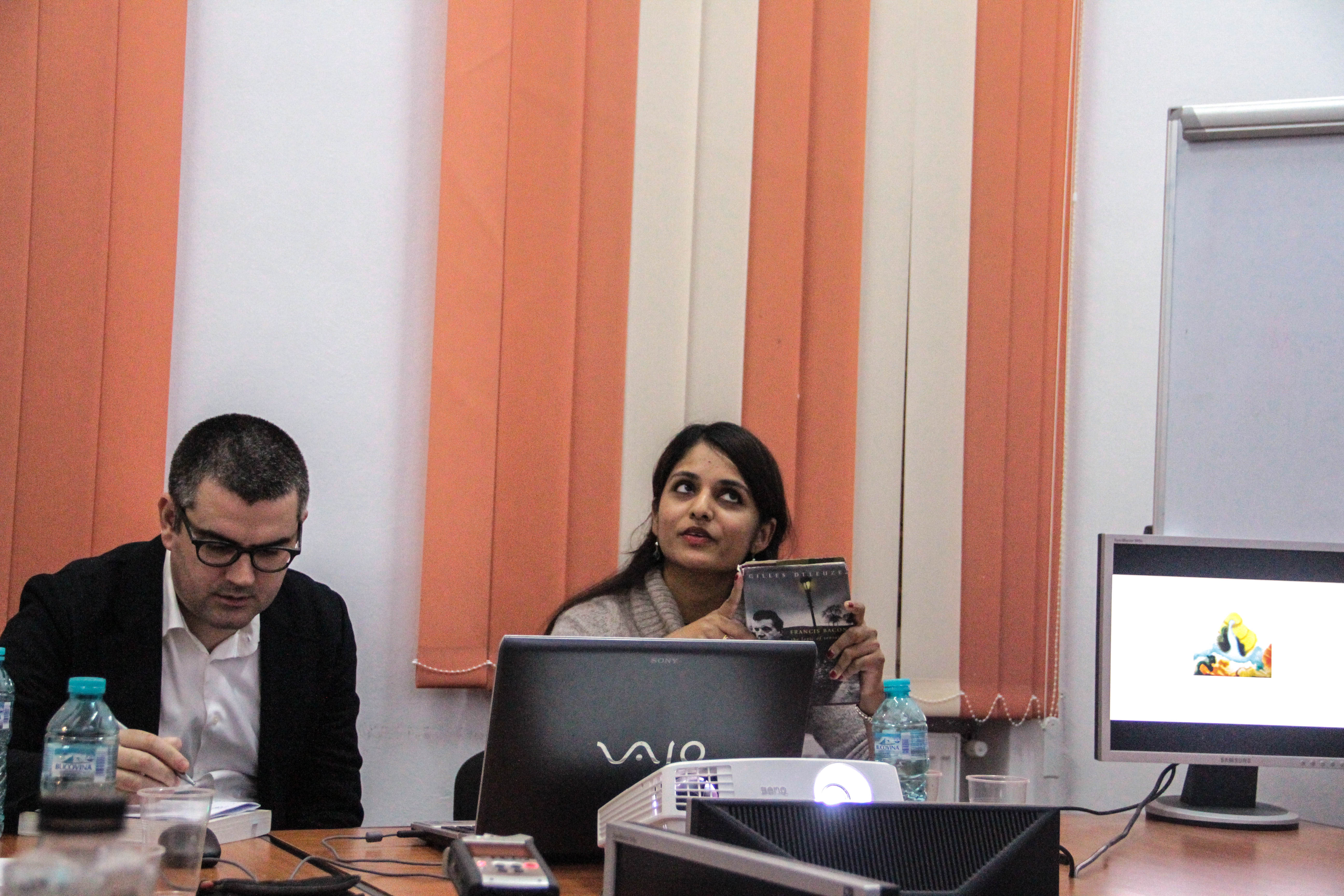 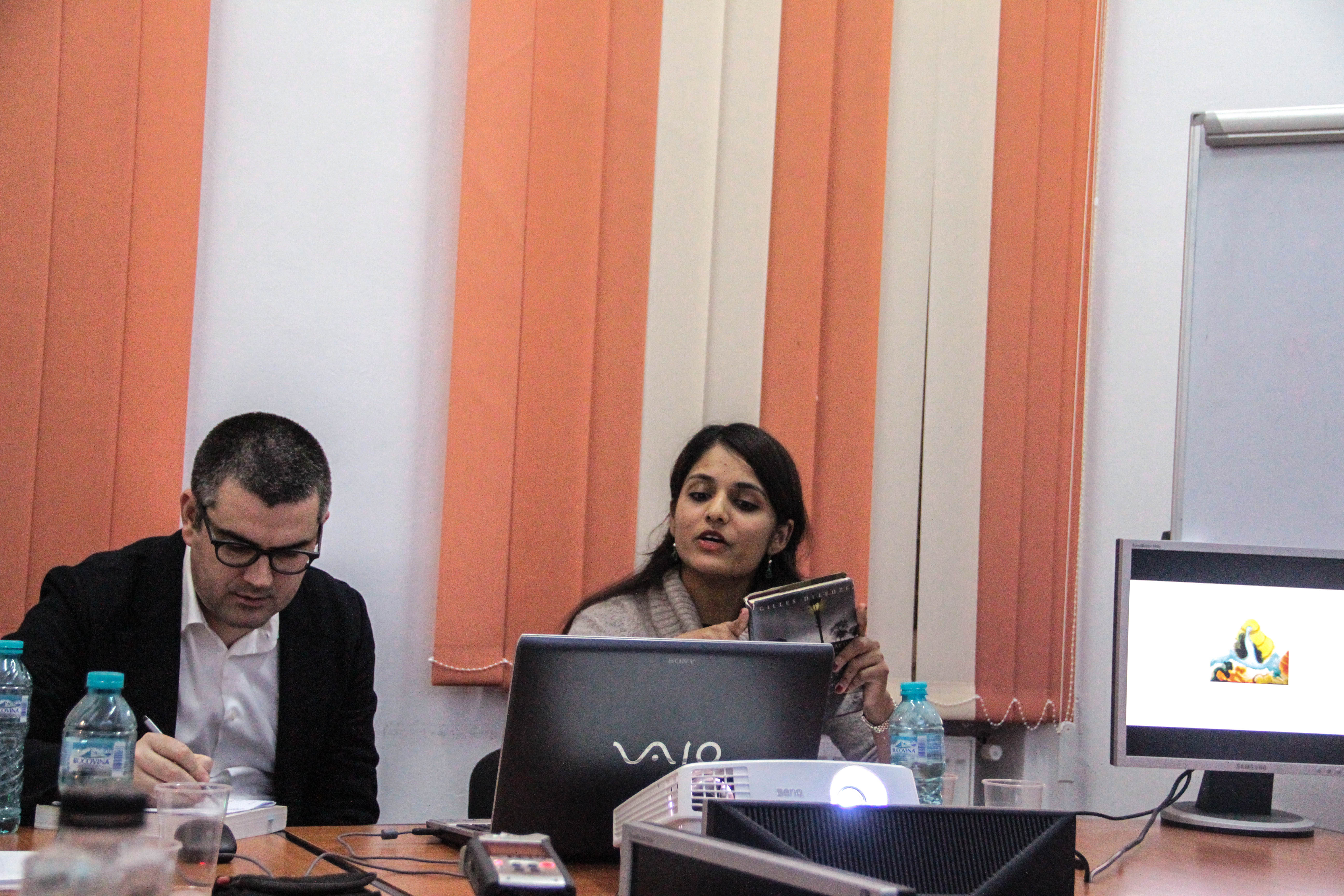 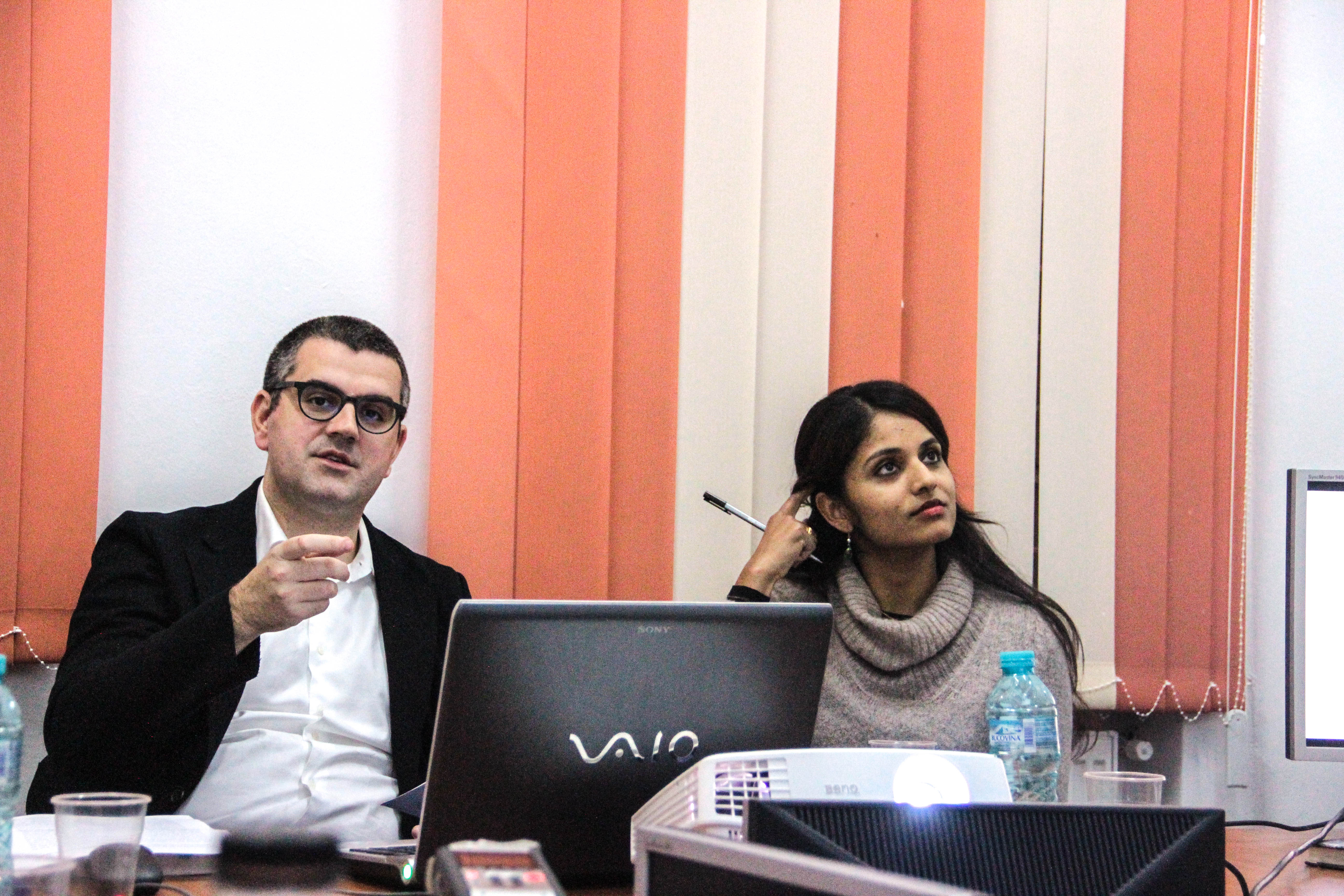 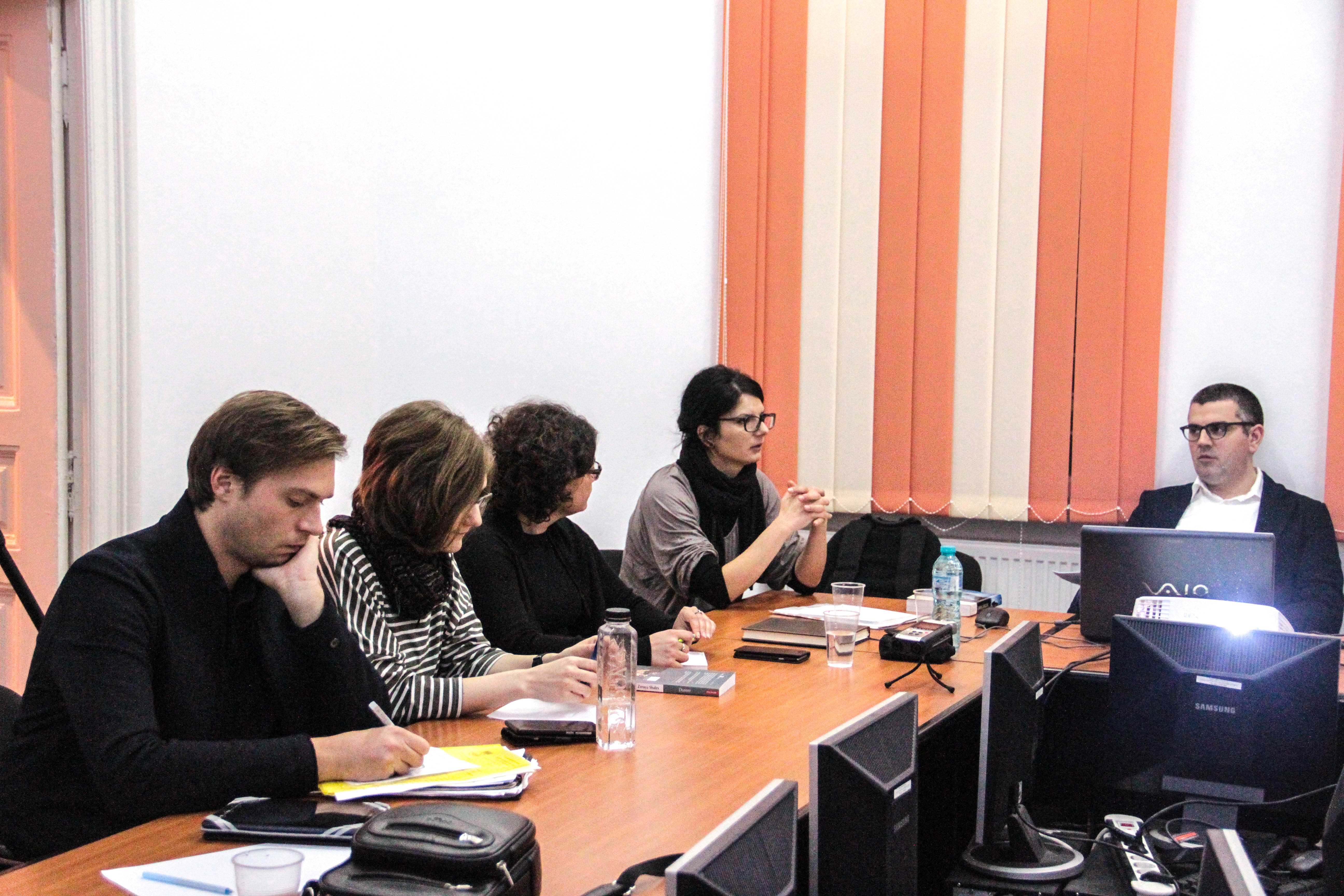 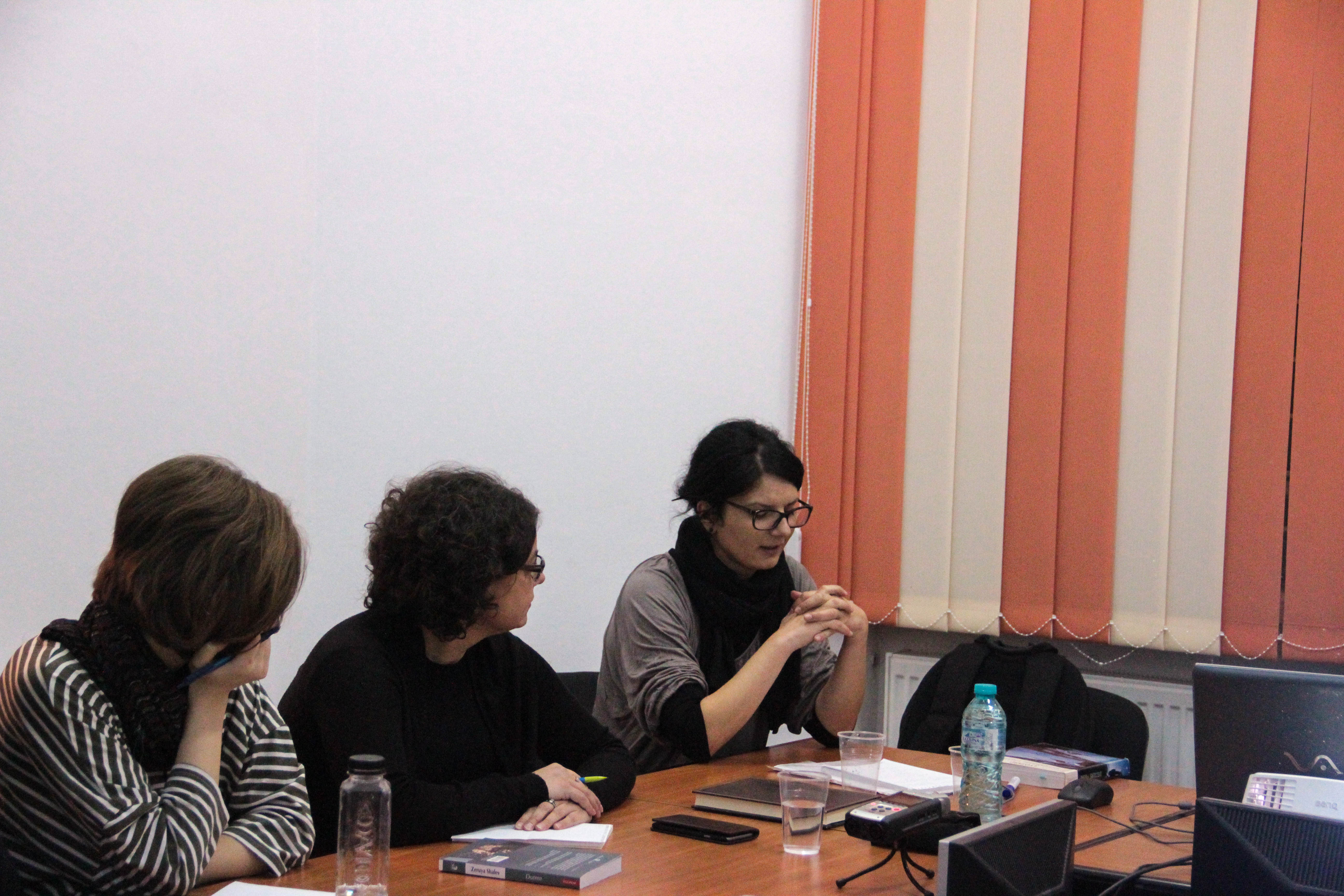 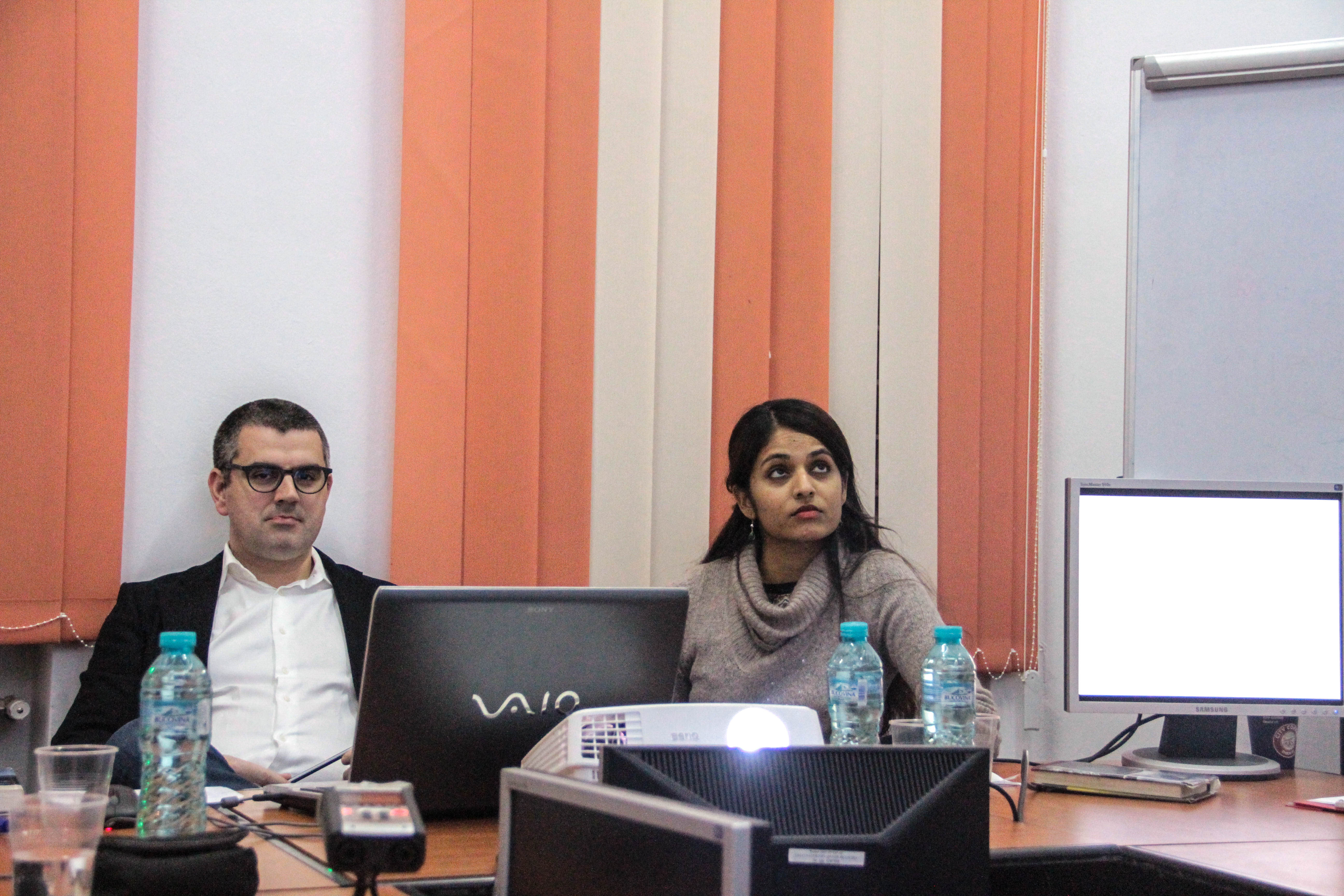