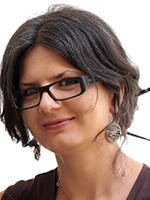 Laura Marin is Assistant Professor at the Doctoral School “Space, Image, Text, Territory” at the Faculty of Letters/CESI, University of Bucharest. She holds a joint PhD from Université Paris 7 and the University of Bucharest. Her dissertation was published as a monograph entitled Le neutre. Lire Blanchot dans les traces de Levinas et Derrida (EUB, 2013). Her research interests are in the field of theory of criticism, literary studies, the theory and practice of image, visual anthropology, and the relationship between the neutral and the figural, with a special emphasis on Blanchot, Barthes, Derrida, Louis-René des Forêts, Henri Michaux, Georges Didi-Huberman. She is the leader of the research project “Figura – body, art, space, language” at CESI (University of Bucharest). 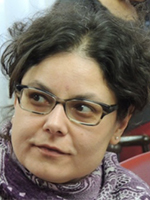 Anca Băicoianu holds a PhD in Literary Theory from the University of Bucharest, where she is currently employed as a Research Fellow. She has been teaching at the University of Bucharest since 2001, and from 2006 to 2010 she worked as editor-in-chief for Polirom Publishing House. Her published works focus mainly on the processes of identity construction as embedded in postcolonial and postcommunist literature, as well as on the relationships between history, memory and fiction in contemporary literature and the visual arts. Her current research covers one of the main components of the project, namely the study of the figures of spatiality (the city, the collection, the archive). 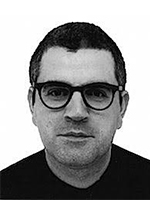 Vlad Ionescu is post-doctoral researcher at the Faculty of Architecture and Arts, University of Hasselt. He read philosophy at the Catholic University of Leuven (BA, MA, PhD), and worked as a lecturer at the Faculty of Philosophy, University of Leiden, Faculty of Architecture (KU Leuven) and at the Performance Arts Research and Training Studio (P.A.R.T.S., Brussels). He has co-translated and co-edited the series Jean-François Lyotard. Writings on Contemporary Arts and Artists/Ecrits sur l’art contemporain et les artistes (Leuven UP). He wrote extensively about the figural in Lyotard and Deleuze. Currently he works on the notion of adaptive re-use and the atlas as a model of design. 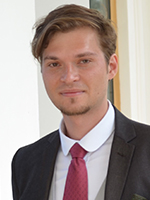 Andrei Lazăr, PhD, is currently a Teaching Assistant in the French Department of the Faculty of Letters, Babeș-Bolyai University (Cluj-Napoca). He is interested in studying the changing patterns of French literary autobiography in its relationship to photography and cinema, especially in the cases of authors like J.-P. Sartre, Jacques Derrida, Hervé Guibert, or Annie Ernaux. Triggered by the growing mediatization of the author as public figure, his research is part of a larger theoretical approach focused on intermediality and it looks into the extensions and mutations of the concept of figure in the context of a permanent hybridization with new formulas of artistic self-expression in the autobiographical discourse. 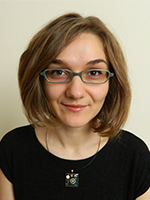 Alexandra Irimia is a PhD student at the Doctoral School “Space, Image, Text, Territory” at the Faculty of Letters/CESI, University of Bucharest. After completing graduate studies in Literary Theory and Comparative Literature in Bucharest and Prague, she is currently undergoing research for her thesis, aiming to develop a theoretical approach to various treatments of absence in literary and visual arts.  Her other interests include film and photography studies, as well as the infinite play of intermediality. Alexandra’s work mainly revolves around formal paradoxes of representation, seeking to explore the many relations that can be established between language and image, with a particular emphasis on the topic of the figure, figurability, and their negative ontological regimes. 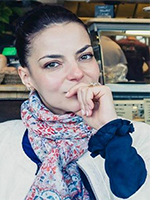 Alina Vlad is a PhD student at the Doctoral School “Space, Image, Text, Territory” at the Faculty of Letters/CESI, University of Bucharest. Her current research approaches the investigation of critical theory and cinema, the Derridian concepts of hospitality and hostility, critical theory, deconstruction, image studies and visual culture, cinematography and film analysis. The title of her research project is “The Figural Representation of the Hos(ti)pitable Threshold as a Cinematic Signifier”, in which the figural interpretation of the dual concept of hos(ti)pitality underlines its interdisciplinary features. 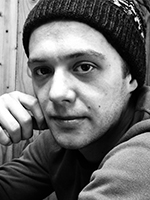